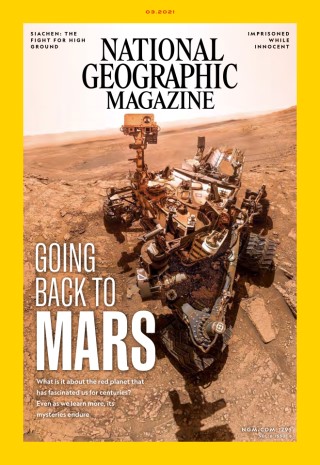 The cover story of NGM India's March 2021 edition is an intriguing analysis of our enduring obsession with Mars Missions--and Mars's ability to hold onto its mysteries even as years of rovers contiue the human probe on the red planet. Another report looks at photographer Martin Schoeller's haunting portraits of deathrow 'convicts' in the U.S.A. who were freed after being found inncocent of the crimes for which they were sentenced to die. A feature on the criticism of greyhound racing invokes thoughful deliberation.