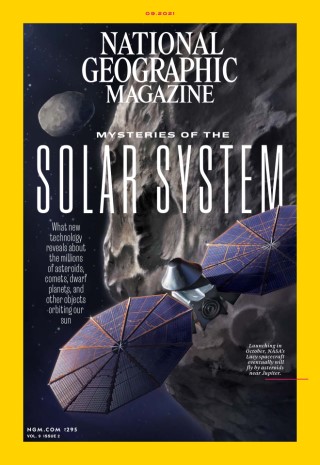 September's NGM takes you to the solar system, offering unprecendented views of as yet unknown and smaller objects to shed more light on the universe's mysteries. As Afghanistan undergoes a tumultuous transfer of power to the Taliban in the wake of the U.S. military's departure, a country awaits, tense and fearful of what lies in store for them. Yet another feature casts a sombre look at 9/11, the event that triggered America's two-decades long war, through heartrending objects connected to victims. And finally, a report from Somaliland on the fight to stop the sale of cheetahs.